Mr. Owl; how many licks does it take to get to the center of a tootsie pop?

It is close to impossible for me to hear the word lollipop and not travel back in time to the 70’s to a commercial where a young boy asks a number of animals this very important question. I wont even describe the short commercial because it loses so much in translation. The answer ultimately becomes 3 and leaves you to believe even further it is not the answer because the owl can’t make it to the end and bites into it. Ok, spoiler alert for those that were too lazy to look it up beforehand.

My favorite flavor of the tootsie pop was cherry but the tootsie roll center was not a complementary pairing. I ended up tossing the center which is too bad because it is pretty tasty on its own.

In need of some Tooth Fairy money but Mother Nature is taking to damn long? Astro Pop to the rescue! Sticky rating: 11 out of 10. No way to save a tooth once this pop made the slightest touch.

A Ring pop is for the little girl who wanted it all; the 12 yr old prince that could afford one and the sugar to keep us running from them and pulling on our ponytail.

The Whistle Pop is the revenge pop to every parent who allowed their child to scream endlessly at the supermarket or restaurant and blankly stare at the rest of us as our ears bleed, for every kick to the back of our chair, for every cut in line at the bathroom because the kid just couldn’t wait… take THAT. A lollipop that blows out your eardrums for a good 30 mins or more, hopefully on a long car ride where the parent cannot escape.

The DumDum, aka the Halloween lollipop . A case of these will cost about a dollar. Treats handed out at a fraction of the cost and yard not toilet papered; dun and dun. Any what is with the ‘mystery’ flavor? Call it berry and stop screwing with us.

Which lollipop springs to mind when you hear the word? 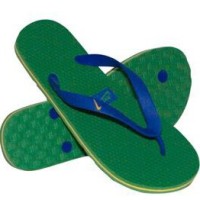